Marital Settlement Agreement vs. Divorce Decree: What is The Difference? 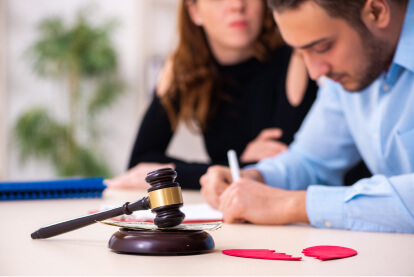 Even the simplest of divorces involve a lot of paperwork. There’s a specific order of operations to lead you through the paper trail from the process of filing for divorce to the process of being granted a divorce, and each document serves a different purpose.

Here’s what you should know about using a marital settlement agreement compared to a divorce decree. 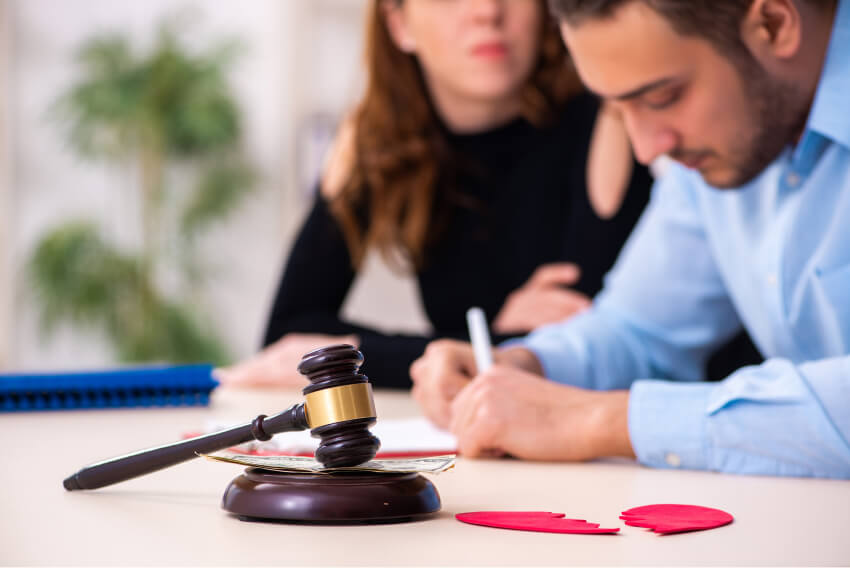 What Is a Marital Settlement Agreement?

It’s a comprehensive post-divorce plan that details what will happen with your shared investments, property, and family once the process is complete.

Don’t make this harder than it needs to be.

How Do You Get a Marital Settlement Agreement?

Working With a Mediator When You Need Help

If you’re unable to reach an agreement, you can work with a professional called a divorce mediator. Divorce mediators don’t work with the court, and they’re not acting as lawyers.

Mediators are divorce law experts who can listen to your disagreement and make you aware of all possible solutions. They’ll walk you through the process of making compromises, but you’ll have the final say in what makes it to your marital settlement agreement.

If you want to make any changes, you still have time to do so before you officially file for divorce.

Working With a Lawyer When You Need Help

Arbitrators have the ability to use subpoenas to gather more information relating to your divorce, which is an ability that mediators don’t have.

The lawyers will go back and forth, keeping you in the loop with proposed solutions. Arbitration will stop when both you and your spouse agree to settlement. The process of arbitration usually takes several months but may take years, depending on the level of disagreement and the number of assets you need to divide.

The settlement agreement you get from a lawyer functions as a contract. Parts of the contract may be effective immediately, even before you receive your divorce decree. You likely won’t be able to change anything in the agreement prepared by your lawyers, even if you attempt to do it before you file the document with the court.

If You Can’t Find a Solution

If mediation and arbitration are both unsuccessful, you can’t file for an uncontested divorce. You’ll need to file for a contested divorce, which means that you’re both requesting a divorce without agreeing on how you want the situation settled.

You’ll take the situation to family court, where a judge will enforce compliance with the process. You and your spouse will each need a lawyer, and your lawyer will argue your case in court. Ultimately, the judge decides how your marital settlement agreement will look.

When Does a Marital Settlement Agreement Become Binding?

Many people start abiding by their child custody agreement right away. They want their children’s lives to assume new structure, routine, and stability as soon as possible. It’s a good idea to make this choice sooner rather than later.

Can You Change a Marital Settlement Agreement Later On?

You usually can’t change a marital settlement agreement after your divorce has been completed. The judge may hear your request to change issues relating to child custody, child support, and alimony. These are issues that involve a sustained time commitment and a financial commitment, and the details can change with time.

If one parent gets laid off from their job or has to move far away for work, their ability to provide for their children may change. The court wants to know about the situation. They’ll work with you to make any modifications necessary to assure the continued well-being of your child.

You should never complete a marital settlement agreement unless you’re sure that you’re willing to agree to everything it contains in the long term. You shouldn’t allow anyone to make you feel pressured or coerced into agreeing with things you wouldn’t otherwise agree with.

A divorce decree is a document that states that you are officially divorced in the eyes of the law.

How Do You Get a Divorce Decree?

Your divorce decree is supposed to begin with a marital settlement agreement, which occurs during an uncontested divorce. If you file for a contested divorce, the process will be different.

Don’t make this harder than it needs to be.

With an Uncontested Divorce

If you file for an uncontested divorce, you’ll have a quick hearing with a judge. You’ll come into court, sit on the stand, and swear to tell the truth. Next, you’ll be asked easy questions to verify your identity and some basic biographical information.

If everything seems fair and no one objects, the judge will grant you a final divorce decree. You might get it the same day, but that’s rare. Most judges send them out in the mail.

With a Contested Divorce

The Health Effects of Divorce | The American Institute of Stress

Basic Do it Yourself Divorce
The most affordable way to get it done right.
Learn more
From $299 + state filing fees

Attorney Assistance
Affordable, flat rate legal advice from an independent attorney licensed in your state, to make sure you do everything right.
Learn more
From $899 + state filing fees

Basic Do it Yourself Divorce
The most affordable way to get it done right.
Learn more
From $299 + state filing fees

Attorney Assistance
Affordable, flat rate legal advice from an independent attorney licensed in your state, to make sure you do everything right.
Learn more
From $899 + state filing fees

8 Things To Ask for in Divorce Mediation

12 Things To Ask a Divorce Lawyer

What To Expect at an Uncontested Divorce Hearing

When Is Divorce Mediation Not Recommended?

7 Things To Do To Prepare for Divorce Mediation

Step-by-Step Guide: How To File for Divorce Online

divorce papers, divorce without a lawyer

How To Respond to Divorce Papers Without an Attorney

How Long Does an Uncontested Divorce Take?

How Much Does It Cost To Get a Divorce? Complete Breakdown

How To Start the Divorce Process: Step-by-Step

What Is Mediation in Divorce and When Should I Use It?

10 TED Talks That Anyone Considering Divorce Should Watch

When to Walk Away After Infidelity: 7 Signs It Might Be Time To Leave

Selling Your House Before a Divorce: A Surprisingly Good Idea

What Is an Uncontested Divorce? Everything You Need To Know

10 Tips for Dating After Divorce

A Guide to Name Change After a Divorce

Can I Get Married Right After Getting Divorced?

The Psychological Trauma of Divorce

When Is Divorce Litigation Necessary?

What You Need To Know About Marital Abandonment

12 Tips on Leaving a Toxic Relationship

5 Tips on How To Leave a Marriage Peacefully

6 Steps in the California Divorce Process

The 6 Steps of the Divorce Process in Texas

How Much Does a Divorce Cost in California?

How Long Does it Take to Get a Divorce in California?

10 Tips on How to Reinvent Yourself After Divorce

When to Walk Away From a Sexless Marriage

Causes Of Divorce: 13 Of The Most Common Reasons

How Much Does a Divorce Cost in New York?

The Cheapest Way to Get Divorced

The Different Types of Divorce

Life After Divorce, moving out

Moving Out of State Before, During, or After Divorce

5 Reasons a Judge Will Change Custody

What Does Sole Custody Mean?

How Does Child Support Work if the Father Has No Job?

If the Wife Files for Divorce, Can She Get Alimony?

10 Professions With The Highest Divorce Rate

Why is Divorce So Expensive? 5 Reasons from Laura Wasser

My Husband Wants a Divorce, What Are My Rights?

Marital Settlement Agreement vs. Divorce Decree: What is The Difference?

Children and Divorce, divorce in Texas

The Texas Divorce Forms For Spouses Without Children

During a Divorce or Separation, What Happens to The Family Pet?

How Long Does It Take To Get A Divorce In Texas?

Which Is Better? Mediation vs. Arbitration

divorce in california, no fault divorce

How Long Does It Take to Get a Divorce in New York?

Separation vs Divorce: How To Understand the Process

What To Do? Parental Kidnapping and No Custody Order

Learn about divorce online with Divorce.com

At Divorce.com, we care about our customers and stand by the quality of our services—so we’ll refund our fees on divorce services, other than the activation fee, within the first 30 days of purchase if you're unhappy with our services. Call or email us and we'll process your refund.