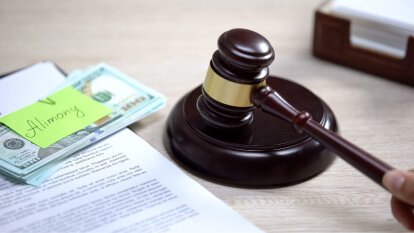 If you’re going through a divorce, alimony might come up in conversations between you, your spouse, and your divorce attorney. Alimony is a form of financial support awarded post-divorce, usually to the spouse earning less (or nothing).

The judge does not award alimony in every separation, and divorcing couples must meet specific criteria for alimony to be deemed relevant. Read on to learn what alimony is, the different types, if it’s pertinent to your situation, and how much you (or your spouse) could pay after the divorce is finalized. 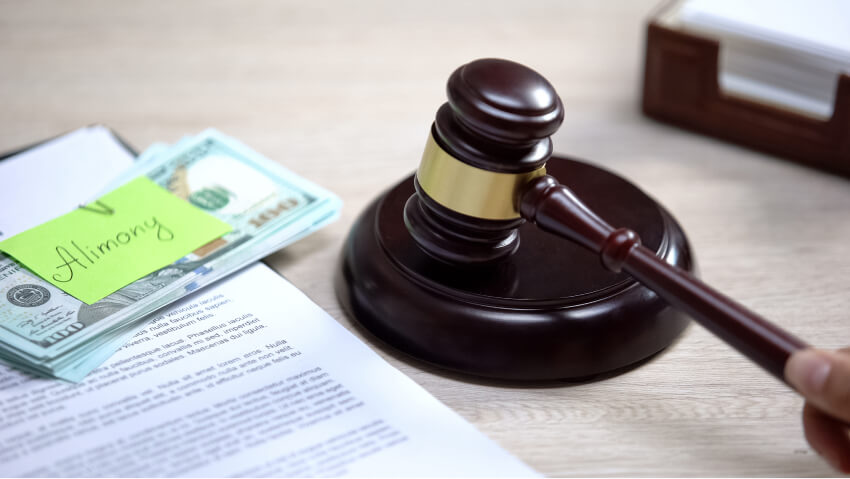 Sometimes referred to as spousal support or spousal maintenance, depending on where you live, alimony is financial support one spouse receives for a specific time after a divorce. Although it is more common for wives to be awarded alimony payments (women make less on average), husbands can also receive them.

What Is the Purpose of Alimony?

The purpose of alimony is to provide the lesser-earning spouse with financial support deemed “reasonable and necessary” based on their situation post-divorce. A spouse can request alimony starting at filing and anytime during the divorce proceedings.

The couple must let the judge decide if they cannot agree on a payment amount. Alimony cannot be requested after the divorce case is closed.

What Are the Different Types of Alimony?

There are five types of alimony: temporary alimony, rehabilitative alimony, permanent alimony, reimbursement alimony, and lump-sum alimony. The type you are awarded (or have to pay to your former spouse) depends on your situation. Alimony can also be reduced or increased as the income of either party fluctuates.

Here are the five different types of alimony and what each could mean for you:

As you can see, there are many different alimony types (some aren’t applicable in every state). However, alimony is not relevant in every divorce. This is especially true if both parties can support themselves financially and maintain the same standard of living as a married couple.

How Much Are Alimony Payments?

The amount of alimony a judge awards depends on various factors such as how much the paying spouse can afford based on their monthly income and other financial obligations. Both couples should maintain the same standard of living as before.

If the alimony payments would benefit the receiving spouse but strain the payer, a judge would typically determine a way to make the financial burden as equal as possible. While alimony is meant to help the lesser-earning spouse, it should not take away the paying spouse’s ability to be self-supporting.

How Do Courts Calculate Alimony?

Before deciding on a spouse’s alimony payments, a court will consider several factors to determine the amount that would be most appropriate for both parties.

If a couple was married for ten years or more, the payments would often be higher since it will be difficult for the dependent spouse to be hired for work after being off the market for so long.

Spousal support also depends on the needs of both parties. Suppose the receiving spouse has several financial burdens, and the paying spouse cannot comfortably cover the recipient’s needs while maintaining their standard of living. In that case, the figure can be adjusted to account for that.

The requester will not be awarded any support if their ex-spouse has no money (or makes less than them) since they wouldn’t be considered the higher-earning party. Their ability to pay could also be impacted by high debt or a lack of assets.

If there is a custodial parent, they will typically be the dependent spouse and need more financial assistance (ex: higher alimony, child support) as a result. This is because being the main caretaker can hinder someone’s ability to be self-supporting. However, spouses often have split custody and divide responsibilities evenly.

Alimony payments are not taxable, so the receiving spouse doesn’t have to report them to the IRS. Previously they were, but since the amendments made to the Tax Cuts and Jobs Act in 2017, separation agreements dated January 1, 2019, or later are not tax-deductible by the payer.

Is Alimony Different by State?

Yes. Each state has its rules when determining if alimony will be paid, how much the payments will be, and how long they will be paid. It is also important to note that most states prohibit permanent alimony, temporary spousal support being the most common.

Also, permanent and temporary alimony is prohibited if you live in a community property state. In these states, anything you or your partner own individually would be considered marital property upon marriage. Therefore, all assets (including debt) are equally owned, making neither party the higher- or lesser-earning spouse.

How Long Do You Have To Pay Alimony?

As mentioned above, alimony payments are usually temporary (fixed time frame). However, depending on your situation, they can last for several months or even years.

Sometimes, a judge might determine a fixed time frame isn’t appropriate. They would then award the dependent spouse financial support until they can find work, during which time the recipient has to make a reasonable effort. Note that alimony payments always end if the receiving spouse gets remarried.

How To Avoid Alimony

In some states, you can avoid paying alimony if you prove your spouse was unfaithful. However, one of the most intelligent ways to avoid alimony is to draft a prenuptial agreement before marriage. With a prenup, you and your spouse can set a minimum amount of financial support to which either of you could be entitled.

You could also state in your contract that no alimony is to be paid out in the event of divorce. With a signed agreement ahead of time, divorce proceedings will be much smoother for both parties.

Don’t be — we’ll connect you with attorneys in your area that can help you understand your options. Then, when you’re ready, we’ll help you start moving on in three easy steps.

Alimony: What Do I Need to Know Before Divorce? | Nolo

How a Judge Decides The Alimony Amount | DivorceNet

Can You Get Alimony if You Sign a Prenup? | PrenupPros