The American Academy of Matrimonial Lawyers is back in the news again. This time it’s not a press release indicating more social media websites being utilized in divorce cases, instead the Academy members are noting that as the American economy picks up, so does the rate of new divorce filings. As the nation’s economy slowly recovers and people have more disposable income, more unhappy couples that were previously unable to afford a costly divorce are apparently now deciding to take the plunge.

That divorce attorneys would be the beneficiaries of the boom in divorce filings is not surprising. Divorce attorneys across the nation saw the number of new divorce filings take a dive during the worst of the recession when sparring couples decided to wait out the uncertain economy. In addition to worrying about paying bills as a single after a divorce, many households also had homes that were worth less than their mortgages. Add reduced incomes or failing business interests to the mix and it creates a very difficult and possibly financially devastating divorce situation.

Even though getting divorced during a financial downturn is probably not the easiest path to take, getting a divorce while the economy is recovering can also present problems. An unstable housing market and a constantly changing economy can mean big swings in the value of assets and what appeared to be a good money decision six months ago may no longer be the case today. Splitting up assets today might mean having to deal with court ordered settlements or awards that are far larger than they would have been last year.

The trend toward an increase in divorce filings in not confined to the United States by any means, as countries all around the world have seen an increase in the number of divorce filings within the last six months. Legislators and family law experts in many of the European Union countries are rewriting their divorce laws in an attempt to stem the rising tide of divorce right now. Perhaps not surprisingly, the same is true for many second and third world countries across the globe as emerging nations learn that along with a rapid rise in urbanization and modernization, an increase in social troubles and marriage problems is not far behind. This is particularly true in many Middle East countries today where the rapid proliferation of new technologies like cell phones have caused dramatic shifts in family structures and relationships that must be dealt with.

Asia is no exception to the global rise in divorce filings and recent reports in the Beijing Times Chinese-language daily newspaper show that the number of divorce filings in that nation grew by a whopping 17% in just the first three months of 2011 alone. As the Chinese populace experiences growing wealth and modernization, it obviously becomes easier for people to afford to get divorced. The social norms of the past that may have once helped reduce the rate of divorce in China are crumbling under the slow creep of modernization and many major hurdles have been removed like the law that was in effect prior to 2001 that required married couples to get their employer’s approval before they could get divorced. The fact that one of the costs of social modernization a rise in the number of divorces is undeniable, and when you add improved economic factors to the equation; it appears the problem gets even larger. 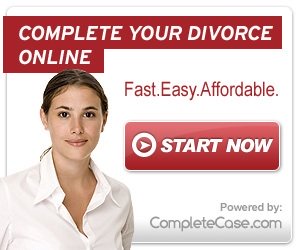