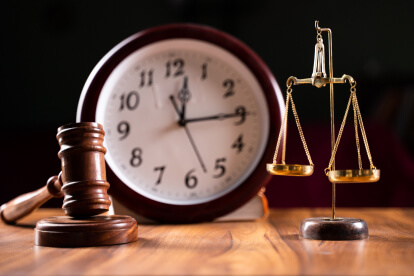 When you and your partner decide to divorce, you want the process to be as smooth and efficient as possible. You’ve probably heard stories of divorces taking years to finalize. While some divorces take longer than others, some divorces can be completed in as little as a few months. It all depends on your divorce method and how effectively you can communicate with your partner. 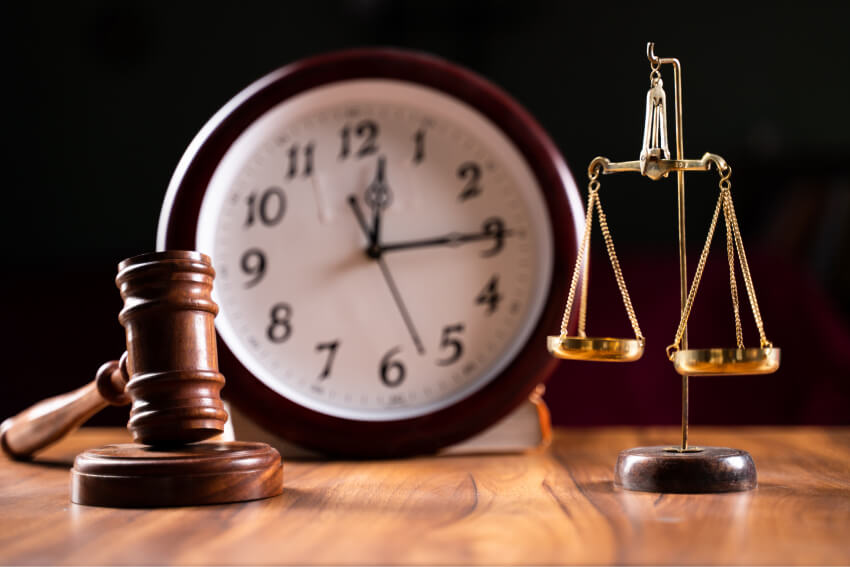 Factors That Affect the Length of a Divorce

Every divorce will move along according to its own time frame. That time frame depends on the unique circumstances surrounding your divorce and the way you choose to get divorced.

Your state’s divorce laws will also significantly affect how the process works. Some states have lengthy mandatory waiting periods before the formal divorce process begins.

Every state has its laws and requirements for divorce. You’ll need to meet your local requirements. This often involves appearing in court, even if you only need to do so a handful of times.

You can't do so when you need to appear in court when it’s convenient for you. You’ll need to accept the dates the court has available. If your court system is overburdened, it could be a while before you can get a court date. You and your partner need to accept the court’s availability and make it work with your schedules.

Your state’s mandatory waiting periods for divorce are precisely that: mandatory. There’s no way around the time you need to wait after filing for divorce before you continue the process.

Some states keep things simple. Florida’s mandatory waiting period is only 20 days. Other states make things very complicated. Arkansas’ requirements for a no-fault divorce are extensive. Couples must separate for 18 months and maintain separate residences for that period. If, at any point, the team cohabitates, the 18-month waiting period has to start all over again.

Child custody agreements won't impact your divorce if you don’t have any children or if your children are older teens or adults.

Child custody agreements help you co-parent after divorce. They outline the roles and responsibilities of both parents involved, which is incredibly helpful in situations where parents struggle to get along. They also help to establish a sense of structure and routine for children who need a sense of normalcy after divorce.

One of the biggest reasons that divorce can take so long is ongoing disputes. When partners can’t agree or learn to compromise on essential issues, it can take months to resolve the issue. Child custody, child support, and spousal support are often heavily debated aspects of a divorce.

A judge will make the final decision if couples can’t find a middle ground. There’s a chance that neither party will be happy with the outcome, but they’ll have to accept it.

Prenuptial and postnuptial agreements can make it easier to divide assets at the time of divorce. The best time to decide how assets will be divided is before marriage. You don't have much to worry about if you’ve already set yourselves up with a prenuptial agreement. You'll need to start from scratch if you don’t have any deals.

Large or complicated assets can be challenging to manage during a divorce. Even if you and your partner are on excellent terms, navigating the process of legally dividing assets can be complex. Getting the necessary documents to begin the process can take several weeks.

The outcome of this process depends on whether you live in a community property state or a common law property state. In some instances, marital property will always be divided equally.

What Type of Divorce Is Generally Quickest?

Simple uncontested divorces are usually the quickest. They’re also among the minor common types of divorce. These divorces are best in situations when a marriage devolves into a beautiful friendship where both parties agree on everything. In an ideal world, this would happen all the time. Unfortunately, this usually isn’t the case.

The second quickest type of divorce is mediated divorce. Couples work with a neutral mediator to find common ground and create a divorce settlement agreement they’re both content with. Successful mediated divorces allow teams to bypass family court as much as possible, which is one of the main reasons they’re so much shorter.

DIY divorces can take six months to a year, even if things go smoothly. A DIY divorce places a lot of work on a couple, who may not always understand how to fill out and file paperwork with the court appropriately. You may need to revise your documents a few times before they’re officially accepted.

An uncontested divorce usually takes about six weeks. If couples don’t have children or share assets, the process can take as little as four weeks. For an uncontested divorce to be successful, teams must agree on every detail of the divorce and sign documents stating that they agree.

Divorce mediation is an excellent option for couples willing to communicate. Both parties connect with a mediator. This connection can be made virtually so that each party can maintain separate space during discussions.

The mediator will help to assess the level of disagreement in the situation and offer solutions that will satisfy both parties. The mediator doesn’t have the same power that a judge has. They can’t enforce resolutions. The couple has the final say in the outcome of the divorce.

When the couple agrees on all aspects of the divorce, they work with a mediator to create a settlement agreement that they can use to file for divorce formally. The process is relatively painless if both partners are willing to consider what’s fair and compromise when necessary.

If you have trouble reaching an agreement on important issues, you can take the progress you’ve made in divorce mediation and switch to a collaborative divorce. Rather than working with a mediator, you’ll have the assistance of lawyers to help you iron out the details.

Divorce mediation is less expensive and logistically complicated than a contested or collaborative divorce, so there are fewer barriers to navigating. The process of divorce mediation usually takes between three and six months.

Divorce.com provides on-demand mediation services to couples who want an efficient divorce with as little stress as possible. You’ll work with a mediator to create a divorce agreement that everyone can live with. There’s no need to involve the courts if you don’t have to.

If mediation doesn’t work out the way you’d hoped, we can also connect you with an experienced independent attorney in your area to discuss your other options. You can bring a list of agreements and disagreements to your lawyer, who can use them as a foundation for moving forward with your divorce.

It’s easy to get started with Divorce.com. All you need to do is request a one-hour consultation with a mediator to learn more about how mediation can help you.

Save time, money, and stress guided by the most experienced team in online divorce.

8 Things To Ask for in Divorce Mediation

12 Things To Ask a Divorce Lawyer

What To Expect at an Uncontested Divorce Hearing

When Is Divorce Mediation Not Recommended?

7 Things To Do To Prepare for Divorce Mediation

Step-by-Step Guide: How To File for Divorce Online

divorce papers, divorce without a lawyer

How To Respond to Divorce Papers Without an Attorney

How Long Does an Uncontested Divorce Take?

How Much Does It Cost To Get a Divorce? Complete Breakdown

How To Start the Divorce Process: Step-by-Step

What Is Mediation in Divorce and When Should I Use It?

10 TED Talks That Anyone Considering Divorce Should Watch

When to Walk Away After Infidelity: 7 Signs It Might Be Time To Leave

Selling Your House Before a Divorce: A Surprisingly Good Idea

What Is an Uncontested Divorce? Everything You Need To Know

At Divorce.com, we care about our customers and stand by the quality of our services—so we’ll refund our fees on divorce services, other than the activation fee, within the first 30 days of purchase if you're unhappy with our services. Call or email us and we'll process your refund.